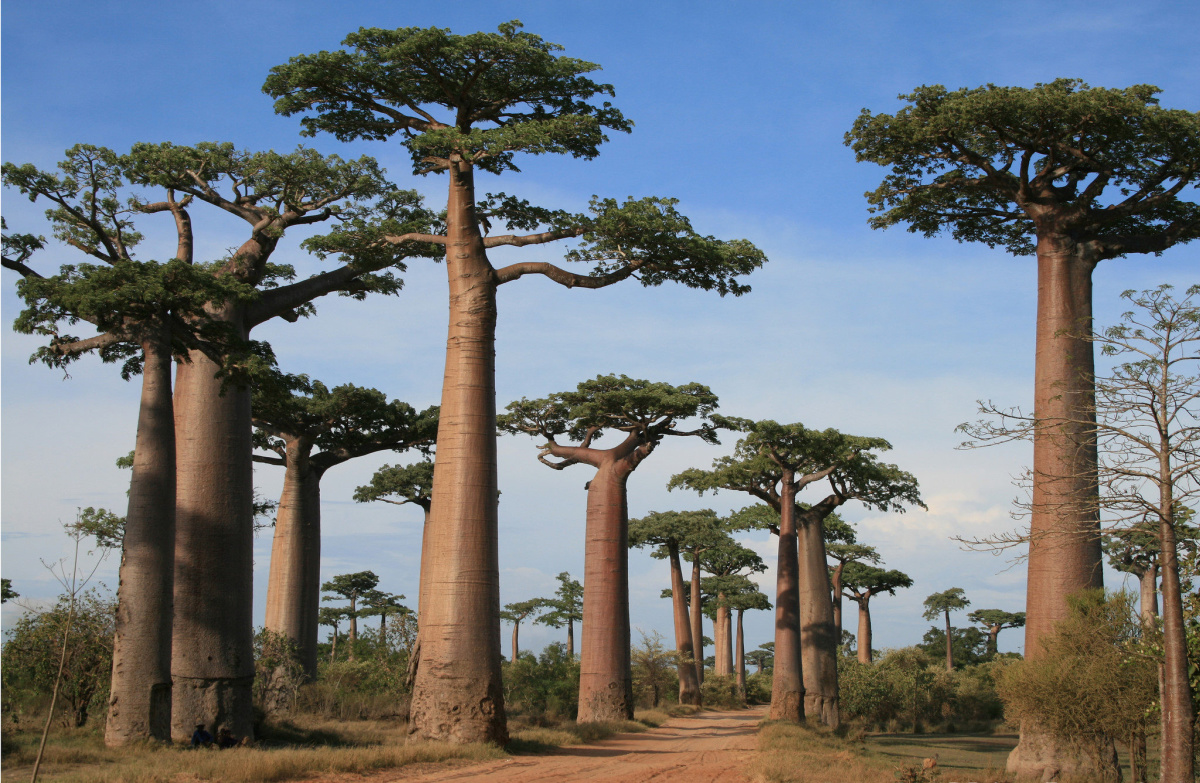 This island may not be the first place you’d think of when planning a family holiday, but its many secrets — from weird insects and leaping lemurs to cave-dwelling crocs — will keep older children as captivated as their parents.

“Don’t lean against the cave wall,” warns Simon, from the darkness. “There are spiders.” I’m not usually an arachnophobe and, besides, intriguing invertebrates have been a highlight of our trip so far; however, there’s something about our guide’s tone that suggests these particular spiders are not to be messed with.

The cave wall in question is immediately to my left and leaning against it had, until now, felt reassuring. Especially since one wrong step to my right would send me tumbling down a slippery slope towards an invisible underground river that is, apparently, home to the world’s only cave-dwelling crocodiles. But then I see one of the spiders. The span of its banded legs is wider than my palm, and its pedipalps are raised menacingly. I stop leaning.

This is not what anybody would call a comfort zone. But my 13-year-old daughter, Flo, is unfazed. Indeed, she seems thrilled. We emerge from the narrow passage into a towering cavern, where stalactites loom like organ pipes and bats (leaf-nosed, Simon confirms) drop from the ceiling to spiral in our torch beams. “Just like Scooby Doo,” I quip, succeeding only in showing my age.

We’re in Madagascar on a family tour that started in the capital Antananarivo, moved on to the rainforest of Andasibe, and has now led us north to Ankarana National Park. This extraordinary wilderness comprises a limestone plateau that has eroded into bizarre formations called tsingy and is honeycombed with fissures, sinkholes and — as we are discovering — huge underground caverns. It was virtually unknown in the West until the explorations of the Frenchman Jean Duflos in the 1960s, and remains crammed with secrets.

Safely out of the cave, we re-climb all 168 stone steps (my daughter counted them on the way down) and rejoin our tour guide Rija, who is waiting in the forest shade. Rija collected us yesterday from the airport at Diego Suarez and, although she knows all about Ankarana — its geology, wildlife and history — she is not allowed to enter the cave. This is because some 300 years ago a whole community of local people were murdered down here by Merian invaders from the south. Today it remains fady (meaning ‘taboo’) for anybody of Merina stock to enter, which means Rija must wait outside. Strange, I think. But then so are many things about Madagascar. It’s week two and the island is losing none of its capacity to surprise.

Back in the open air we head off to see the famous tsingy. Our trail winds through the dry, deciduous forest that is typical of north-western Madagascar. Simon points out towering kapoks and baobabs, and a smaller, more bulbous Adania olabuensis, known as a ‘lady’s buttock tree’, which squats beside the path like a Henry Moore sculpture.

By now, Flo knows that a Madagascan forest walk means a game of hide-and-seek, and that it is the eagle-eyed guides who do the spotting. Sure enough, Simon pauses beside an overhanging branch to reveal a fiendishly camouflaged panther chameleon. At the intrusion of my camera, the reptile flushes an alarming pink and orange, while its turret eyes rotate wildly, altogether like some children’s toy accidentally kicked across a bedroom floor. Next he points up to a tree hollow from where the bug-eyed faces of two Ankarana sportive lemurs peer down. These nocturnal, squirrel-sized primates are, like many of Madagascar’s 100-plus lemur species, restricted to just one tiny postage stamp on the island’s map. They grip the trunk with tiny fingers, clearly torn between curiosity and terror.
My daughter is working hard to earn her guide’s spurs.

“What are these?” she queries, pointing to a branch swathed in what appears to be white feathery lichen but is in fact a mass of tiny creatures — hundreds of them — moving slowly up and down. “They’re the nymphs of the flatid leaf bug,” announces Simon. “The adults look like pink petals.” And then, as though to remind us who does the spotting, he points immediately to a four-lined snake coiling through the leaf litter. “It’s harmless,” he confirms, “Like all our snakes.”

At last we reach the tsingy. The word derives from ‘mitsingi’, meaning ‘walking on tiptoe’. Certainly the vicious-looking blades and pinnacles into which the limestone has eroded appear to demand extreme caution. Thankfully, there’s a path, plus several hair-raising rope-and-plank bridges over the trickier sections, and so we cross Indiana Jones-style to a viewpoint overlooking the whole amazing spectacle. It’s hot and exposed, and the plants — spiny succulents and poisonous euphorbias — look no friendlier than the rock they cling to. Naturalists have discovered numerous new species down among the crevices. Rather them than me, I think, wiping the sweat from my eyes.

Andasibe, our previous stop, was very different. Madagascar falls into three basic ecological zones: dry forest in the west, spiny forest in the south and tropical rainforest in the east. Andasibe is a textbook example of the last: all misty, mossy greenery. It is also packed with wildlife and, being just three hours’ drive east of Tana, was the perfect place for us to start.

The hide-and-seek began the moment we hit the trail. Lala, our guide, pointed to a lichen-encrusted branch. We stared. We stared harder. “I’m sorry,” I protested, as the forest started to swim before my eyes, “but what are we looking at?” Lala laughed. He wasn’t going to make it easy.

“I see it!” yelled Flo. And at last, following her finger, so did I: a leaf-tailed gecko, head-down on the branch and so exactly replicating its colours and textures that, after looking away, it took me 10 seconds to find it again. This remarkable reptile takes cryptic camouflage to extremes. Imagine fashioning a simple lizard from clay, flattening it onto a tree trunk and then carefully smudging its outline into the bark — toes, tail, everything — to eliminate any hint of shadow. Then imagine spray-painting the lizard and branch together so that the whole ensemble blends into one seamless canvas. That, crudely speaking, is a leaf-tailed gecko. It’s jaw-dropping.

Meanwhile, occasional flutterings in the understory were helping us raise the bird tally. Top spots included the smoky-blue plumage of a blue coua, the curved bill of a velvet asity and the shy scuttle of a Madagascar wood-rail. All these are endemic to Madagascar, Lala explained, as are 80 per cent of the plants and 90 per cent of the reptiles.

The island’s most celebrated endemics are of course its lemurs. Andasibe is home to the indri, which is both the largest and loudest species. We heard its song first: a keening lamentation that rose and fell like a distant siren over the treetops as family groups proclaimed their territories. Then we rounded a corner to find one of the singers. A bundle of black-and-white fur perched in a tree fork; he glared down at us with amber eyes, then unfolded his long limbs and sprang away, trunk to trunk, through the forest. Behind him came his mate, baby clinging on like a backpack.

Mantadia National Park, which borders Andasibe, is larger and wilder than its neighbour, and the going underfoot correspondingly harder. Arriving the next day in the early morning mist, we were soon following Lala off-piste, scrambling over buttress roots, tripwire vines and crumbling logs as we slogged up hillsides and negotiated stepping-stone streams. The rewards were worth the sweat: two red-bellied lemurs peeking from a tangle of vines; a troop of rare, black-and-white ruffed lemurs cavorting in the treetops; and a feeding party of diademed sifakas, decked out in their luxuriant white, apricot and charcoal.

Other delights followed. On a night walk, tiny dwarf chameleons glowed luminous in our torches. On Lemur Island, lemurs rescued from captivity posed for photos on our heads and shoulders. At the private Mitsinjo Reserve we saw an impressive forest restoration project and, on one of the trails, found a giraffe-necked weevil — undisputed king of the holiday mini-beasts. This bizarre little insect had the body of a cherry tomato and the neck of an anglepoise lamp. It seemed completely oblivious to its own weirdness.

So, with Ankarana and Andasibe under our belts, we all now know our ground rollers from our tree boas and our day geckos from our nightjars. But a family holiday also has certain other priorities, not least of which is a beach. Thankfully, Madagascar is not short of these. And it is on Nosy Be, a resort island off the northwest coast, that we spend our last three days. Nosy Lodge turns out to be the perfect retreat after a week of tramping the forests. From our thatched beachfront chalet we can watch the fishermen hauling out their dugout pirogues and unloading the night’s catch onto the sand. In the restaurant we can enjoy the fruits of their labours, from smoked sailfish to kebab prawns the size of crayfish.

But still we are not finished with the wildlife. At the picture-perfect coral island of Nosy Tanikely, where glittering white tropicbirds circle the limpid waters, we don snorkelling gear to explore the reef. A living kaleidoscope of fish turn through the canyons of coral, while translucent sea jellies hang like miniature spacecraft in front of our masks. Further out, a large shadow detaches itself from the seabed and becomes a green turtle. The three of us accompany the great reptile until it is lost to the deeper blue.

Where’s the turtle going? And for that matter, what lies at the bottom of the tsingy? Will Rija ever get inside the cave, and what’s the point of a giraffe-necked weevil? These are among many questions to which I am resigned to never finding an answer. And that is the incomparable charm of Madagascar.